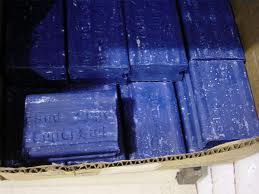 I have never cared much for Sunday. It harbours the threat that Monday is imminent. For a goodly majority of Bajans it is the highlight of the week as they head to church – men in sombre suits and ladies parading in elaborate hats and even white gloves. Church attendance might be declining world-wide but this rock is steady in its faith. That I have been an atheist since the cradle, and The Husband a humanist, makes us a distinct minority. It’s been an issue since we first arrived on island. The children’s school was not pleased with “humanist” on the entry form. Desperate to get them in we went from no religion to many regions. I explained that my mother was Catholic, father Anglican and The Husband’s parents Hindu. We also have Presbyterians and Jehovah Witnesses as kin. With so many religions at our disposal we had as yet failed to settle on just the one. Satisfied that between Jesus, Vishnu and Jehovah our souls would eventually be saved, a line was drawn through “Humanist”, “Christian” inserted and thus First and Second Born duly received a primary school education.

But on this rock religion is more than an entrance requirement for school. It is an entrance requirement into society. Sitting in a government office The Husband got chatting with an elderly gentleman who wanted the answer to two key questions - his name and what church he attended. When he said none the man assumed that he had simply not found one yet and proceeded to recommend several churches that might be suitable. It was unthinkable that anyone could be on the island for six months let alone six years and not be affiliated with an institution. And being full of island kindness he of course invited The Husband to his own humble church in St. Phillip.

The majority of churchgoers seem to have genuine faith. It is not uncommon for complete strangers to greet you with “a blessed good morning”. If you let someone in the queue ahead of you, or give someone a lift, they will usually respond with “the lord will bless you”. For a jaded Trini/Londoner this politeness from strangers is a delight and I would be happy if it that was the extent to which religion invaded my life. But on this rock most major meetings or conferences – private or public sector - cannot begin business without a prayer or formal blessing being proclaimed.

Most march off to church Sunday after Sunday in search of a bit of comfort from the slings and arrows of this old world and for this I am envious. In the space of 24 hours I managed to loose my no-claims bonus of a zillion years in not one but two car accidents. One car ploughed into my left side and by the next evening another car had matched the damage on the right side. None of the attending police (you must wait on the police for all traffic accidents – even the most trivial fender-bender) offered comfort from on high but I did notice that the accident involving a tourist was handled with greater decorum. Combined with family illness and general strife I wished there was someone watching over me who was going to kiss it all magically better. My helper had other thoughts.
‘I don’t know why but the devil working pon you steady these days,’ she stated seeing me hiding in a corner.
‘So what should I do?’ I asked.
‘I does pray hard for you and this family every night.’
‘I’m grateful,’ I said weakly.
She went off to peal a pineapple but returned quickly.
‘When was the last time you shine up yourself?’ she inquired.
I thought of my unwashed hair and jam-stained T-shirt.
‘I’ll go have a shower,’ I replied, slightly ashamed.
‘No girl. I mean when was the last time you shine yourself?’
Shine myself. Shine myself? What bit of self-love was she referring to exactly? Before my dirty mind strayed any further she interrupted.
‘Every time I go back Guyana I does go and get the blue and the lavender and the grass and a calabash. You don’t have to go by nobody to shine yourself up. You could buy everything and do it home.’
She smiled as recognition fell over my face. She was planning a bush bath to wash way the evil she perceived around me.
‘I going in town this week self and get what you need. Plus it have a calabash tree in The Belle. I going send a body to get one give me.’

While she is collecting an eye of newt or whatever else I will be required to immerse myself in I took to the Internet to establish the efficacy of this treatment and the main ingredients. Facebook friends knew of potential ingredients and some had even had a bush bath or two themselves. No one was completely sure if it had made a difference to their lives although my sister-in-law had seen a documentary about African babies learning to walk at eight months after a medicinal bath that, along with certain exercises, stimulated leg muscles.

From this collective wisdom of friends, and a calypso by David Rudder, it seems a decent bush bath should contain some or all of the following:
- Blue (used in laundry)
- red lavender
- vervine
- flatgrass
- Bois cano
- Black sage
- Chadon Beni
- Cousin Mahoe
- Mal-au-mer
- Soursop leaves
- Chandelier
Option extras include a couple silver coins, holy water and soft candle.

I think there is a performance art work here begging to done. If you have any of these ingredients in your yard you know how to find me. I’m preparing for a bath that will clean the places other baths don't reach. 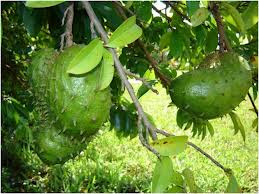 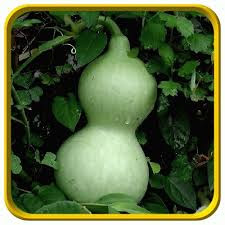