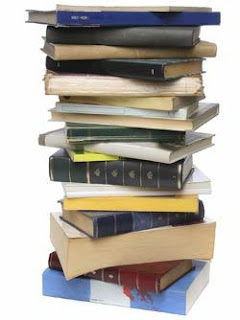 The Canadian Women’s Club – a super efficient, highly organised bunch, has, as one of its activities, a book club. With military precision they choose books well in advance and require participants to attend armed with thoughtful answers to pre-determined questions about the themes, characters and plot. Of course I’m not a member but it’s the kind of serious book club that in my fantasy life I might belong to.

But on this small rock I have drifted into a rather different establishment. The Infamous Book Club (IBC) to which I belong is a place where democracy has gone mad. We can never agree on when to meet, where to meet, what book to read, who should be in and who should be expelled. Every single blessed time we want to discuss a book these and other questions must be answered afresh. A date will be set only to be changed a minimum of three times. And somewhere along the way it is became written in stone that we should only gather on a Thursday. Assembling on say a Wednesday requires a unanimous vote – even of those with no intention of turning up.

A book is often suggested and even agreed upon. But this ought to be viewed as nothing more than a mere nomination. At our last meeting we agreed that Kerry Young’s Pao would be our next target. One month later (with no firm date to meet) the object of our focus has shifted to Junot Diaz’s This is How You Lose Her. By the time we convene sometime later this year the chosen book is likely to be an entirely different one.

And then there are The Rules. It is a spouse-free space. No books written by your friends or family are permitted. Cheating with other book clubs and being brazen enough to come back with glowing reports about how the other half reads is grounds for expulsion or at least a suspension of membership. New members may be introduced but need to be pre-approved. Most will not last beyond the first session. One new comer when asked about a book said she did not like it because there were too many trees in it. At first this was mistaken for a mystical comment. Had the writer gathered themes in threes – something the rest of us had missed? But she put us right. The book got her thumbs-down because the author, having set her novel in the Caribbean, had put in too many trees – those tall things with branches and leaves. I went home and only returned to the IBC when she had safely quit the rock for good.

Many of the members are writers and/or editors. This might account for the brevity of discussions. If the book is atrocious we are usually done the demolition in under ten minutes. Then there are the quiet moments we sip wine and wonder wistfully at the magic of words. One brave soul decided that our haphazard approach needed to be curtailed and produced typed questions requiring our response a la the Canadians. I don’t remember what we did with said individual but the paper became planes.

Like most West Indian events food is key. Meetings at a certain house near Black Rock are particularly popular as analysis of the text is served up with freshly baked bread to rival the boulangeries of Paris. And while most book clubs are laced with wine few can boast the sublime seafood lasagne and moist chocolate brownies topped with vanilla ice-cream we were treated to at our last meeting.

But book clubs are about books and I am always interested in what others are reading. The Canadian book club recently zoned in on Herman Wouk’s Don’t Stop The Carnival – a novel that is almost as old as my aging bones. Set on a fictional Caribbean island, it is the story of a New Yorker who escapes the rat race to run an island hotel. Instead of nirvana he finds that life in the tropics is a constant navigation of incompetence and skulduggery. My understanding is that the book club gave it rave reviews with most commenting that forty plus years on so much of what he wrote was still applicable to their experiences of island life. I had never read the book so set out to get a copy.

The book is awful. Prejudice is sprinkled like salt and pepper over the pages. We Caribbean people can dance because of something in our knees. Our overt sexuality is a constant weapon we use against the unsuspecting foreigner. We might have education but this is used to cheat others and besides we are best suited to being bartenders and maids. We speak the Queen’s language in funny accents that are incomprehensible, stilted or pretentious. The only people to suffer worse prejudice are homosexuals. Prejudice is prejudice no matter when it was written. The only difference is that with awareness and education we have legislated against such discrimination.

So what is the book’s enduring appeal that it still makes a serious book club’s list in 2013? Most reviews say it is a hilarious read. I didn’t laugh once. Every neurotransmitter in my body reported the outrage I felt at being a member of a region of people classed as amateurish, dishonest and lazy.

But as the days go by anger has given way to reflection. We are not the people Herman Wouk has reductively portrayed. Despite the substantial disadvantages in material resources, there are as many Nobel Laureates in the West Indies per capita as in Canada. Yet maybe we could do more to help perceptions of our character. We could try giving good service without the chip on our shoulder that this might be related to servitude. We could try being open for business rather than employing Business Prevention Officers who make everything from incorporating a company to buying a TV mammoth tasks. Our Minister of Industry, Donville Inniss warned that without a change in attitude to we might someday “wake up and realise that there are no more clients or customers and no more jobs either”.

While I have no time for those who enjoy the lifestyle of our small rock while passing the time bitching about the natives there are issues we need to address now. If there is any value in Herman Wouk’s novel it is as a cautionary tale of what our future might be if we don’t stop the carnival and get to work.