ELECTING TO STAY IN PARADISE 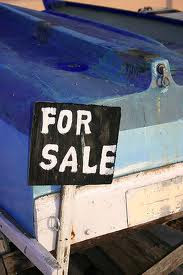 Today I gave a young woman and her brand new baby boy a ride into town. They were waiting for the bus in the hot sun as I sped past in air-conditioned comfort. It didn’t seem right or fair. But life’s not right or fair. Within a minute of settling into the car she asked if I knew of anyone hiring. She has two kids under three and was heading to the welfare office. Computer literate, able and willing to work, but no job offers. I had a vague recollection of a call centre opening up on island and promised to send the advert to her.

She isn’t alone. The Husband’s face is well known and he says every time he goes for a walk random strangers stop him to ask if he knows of any jobs going. People are desperate. It’s not only the poor who are getting poorer. The once thriving middle classes are feeling the pinch. Cruise along the so-called Platinum west coast and it seems every other house has a “For Sale” sign. Used car lots with decent vehicles are springing up everywhere. Classified ads are filled with people trying to off load their old furniture, old bicycles and old electrical goods – anything to generate cash.

True crime statistics are hard to come by but the newspapers have more reports than usual of opportunistic robberies and muggings. The goal appears to be relieving victims of their gold jewellery – often at gunpoint. Take the gold into Bridgetown and it can be exchanged for cash with no questions asked.

This is not the Bimshire I moved to six years ago. Back then there were anecdotal reports that certain Bajans kept guns for protection against potential insurrection by the unruly masses. But there was no gun culture. The problem is still one we could control if we had leadership who put resources into fixing the problem rather than denying its existence.

Reports of trouble in paradise used to be managed and massaged but they can no longer be kept from the prying eyes of sun bathing tourists. Not any more. And where are our leaders? Maybe I missed the memo but where is the thoughtful strategy from either party for tackling the problems we as a society face?

But all is no lost. In paradise one industry at least is thriving. Next time you are out count the number of makeshift, tented churches springing up on empty plots. Apparently the most successful interpretation of this business model is by a gentleman who calls himself Elector. Maybe he has the answers.

Seems like a global phenomenon; everywhere you look, those at the top are doing well, if not _better_, those at the bottom are pacified, whilst those in the middle are ignored.