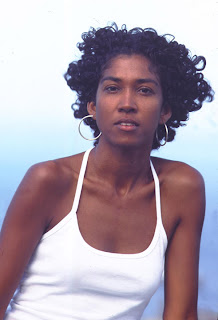 The Department of Language, Linguistics and Literature, Cave Hill, announces the second in the series of Poui (Cave Hill Journal of Creative Writing) Writers’ Workshops, in partnership with the Frank Collymore Literary Endowment and sponsored by the Central Bank.

The two-day intensive Writing Master Class and Publishing Workshop under the novelist, Oonya Kempadoo, will run from 10am-4pm Saturday 20 and Sunday 21 February, 2010, and will take place in the Meeting Room of the Frank Collymore Hall.

Oonya Kempadoo’s writing is notable for its unusual frankness and honesty in dealing with sexuality, as well as its humour. Her acute social observation and ear for everyday speech lend drama and comedy to her work. Her first novel was Buxton Spice, a semi-autobiographical account of a young girl growing up in Guyana under the Burnham regime. Buxton Spice was auctioned in London between major publishers and was published in 1998 in the UK, in 1999 in the USA and in five foreign language editions in Europe. Her second novel, Tide Running, is set in contemporary Tobago, won a Casa De Las Americas prize in 2002 and is published in Spanish in Cuba. It was also well received on both sides of the Atlantic, was published in the UK in 2001 and the US in 2003, and Kempadoo named a "Great Talent for the 21st Century" by the Orange Prize judges. She is now working on her third novel and a film-script of Tide Running.

Kempadoo will share her writing process and publishing experience, as well as offering feedback through workshopping. The free two-day workshop is divided into a Writing Master Class on Saturday 20, and a Workshop on Getting Publishing on Sunday 21. Application may be made for one or both of the days, but places are limited to 12 per day and will be allocated on a first come first served basis. To register, email angela.trotman@cavehill.uwi.edu, indicating whether you want to attend one or both days.

ohhh... this things never happen close to where I live

hi ingrid are blogging days over - please say not!

There is so much to blog about but trying really hard to concentrate my writing on a novel. But maybe will get the odd blog in still. Thanks for the encouragement.