PUBLIC INTELLECTUALS AND THE FINANCIAL CRISIS 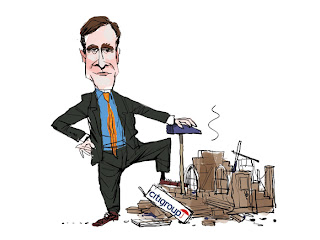 The financial crisis has destroyed both wealth and received wisdom. The idea that prices are always right and markets self-correct is fatally challenged. Even Alan Greenspan admits that the “whole intellectual edifice” of the efficient market hypothesis collapsed in the summer of 2008. The financial establishment is in a state of deep confusion. As the FT’s Gillian Tett put it in September’s Prospect: it is like “a priest who has lost faith in the Bible, but still has to go to church.” But this is not a bad thing, for it has opened up new ways of thinking about markets, institutions and the all-important cause of financial reform.

Unfamiliar voices have come to prominence, aided by a new wave of financial bloggers eager to push fresh ideas. But who has made the most impact? Prospect assembled a panel of experts to draw up a list of leading “public intellectuals” of the financial crisis in 2009 and then decide on the most important. Our criteria were simple. Anyone who had made an impact on policy with their ideas, or who had changed the “public conversation” was a candidate.

The panel sifted hundreds of names, with an unavoidable bias towards Britain and the US, but felt the most important contributions had been in financial reform—those trying to work out what to do next. The crisis has laid a staggering financial burden on the world, with some $14 trillion propping up US and EU banks. We cannot afford another one. Moreover, we urgently need a new regulatory philosophy. Are liquid markets always good? Is complexity in financial services harmful? Can finance firms stop “herding,” creating wild booms and busts?

The role of the banks themselves is also being rethought. They have mushroomed in size without doing a better job—Royal Bank of Scotland’s balance sheet grew 20-fold in the decade from 1998. Some banks have become too big to fail and hence dangerous. Should we return to the strict division between commercial and investment banking, as proposed by Paul Volcker and Mervyn King? And how can we now rein in this super-sized financial system with its powerful lobby? Many of the surviving megabanks have pressured governments for a return to the status quo ante. They want their old economy back, with the implicit warning that if they don’t get it there will be no recovery—and politicians will be blamed.

We considered all of this, and gradually whittled the names down to a shortlist of just 25 (see facing page), and then a top three. In reverse order, the bronze medal went to Adair Turner, chairman of Britain’s Financial Services Authority, who bravely questioned the social usefulness of some financial activity, and called for regulators to force banks to hold more capital against risky trades, cutting their profitability. Next, silver went to Avinash Persaud, a respected analyst who spotted nine years ago the dangerous interaction between firms “herding” and new risk management techniques. During 2009 he has been arguing for new “macro-prudential” regulation to stop what he discovered a decade ago.

But there was a clear winner. He is Simon Johnson, an economist at the prestigious Peterson Institute in Washington, DC, who has been leading the argument against overmighty banking. His ideas are well grounded in theory, but he has also done more than any academic to popularise his case: writing articles, a must-read blog, and appearing tirelessly on television. As the FT’s Martin Wolf told Prospect: “Johnson’s significance is that he is a member of the establishment—a former IMF chief economist, no less—who has emphasised the capture of the state by big finance, for the latter’s own ends. An expert on crises in emerging countries and in transition from communism, he has called what he has seen: crony capitalism at the heart of the financial system.” In particular Johnson’s essay “The Quiet Coup,” in the Atlantic of May 2009, is one of the great polemical essays of the crisis. Far from skulking in an ivory tower, he has urged citizens to the streets.

We need an informed debate about making finance safer. Johnson, Persaud and Turner led that debate in 2009.

PROSPECT’S TOP 25 BRAINS OF THE CRISIS

2. Avinash Persaud, Financial liquidity analyst, adviser to governments around the world, the man who has studied “herd” behaviour in finance, and now the man trying to stop it.

3. Adair Turner An unusually bold regulator, Turner made headlines worldwide slamming “socially useless” finance (in Prospect) and suggesting a Tobin tax to put sand in the wheels of global finance.

Ben Bernanke Cerebral Federal Reserve chairman, seen by many as saviour of the US economy while congress dithered.

Andrew Haldane Bank of England director who warned of a “doom loop” of perpetual banking bailouts.

Mervyn King Bank of England boss, initially wrong-footed by the crisis, but had a better, more aggressive 2009.

Richard Koo Insider adviser to politicians and banks, an expert on the lessons from Japan, and deficit dove-in-chief.

Paul Krugman Celebrated economist and author of a must-read New York Times essay on the failures of economics.

Christine Lagarde French minister of economic affairs who got just the right mix of stick and carrot for French banks.
donald mackenzie Edinburgh professor, author of many sharp LRB essays unpicking the anthropology of finance.

Zhou Xiaochuan Bank of China head, architect of China’s response to the crisis.

China Causes The USD To Fall?

I don’t know you have heard this yet…

But the USD Dollar is on the verge of collapse.

USD national debt is at an all time high and now financial experts are saying that China is starting to sell their debt holdings to the secondary market.

This means it won’t be too long until the USD crumbles in value!

>>Watch This Video To Learn More<<

I don’t want to be the bringer of bad news, but this is seriously not good for the US since we already have domestic problems of our own, such as immigration and unemployment.

Our economy can not withstand another hit.

>>Watch This Video To Learn More<<

Make sure you watch it before it’s taken offline.