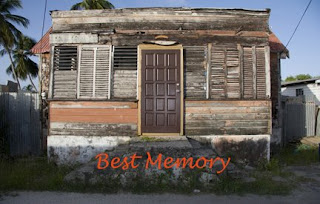 Well it’s all over and a good cry is in order. But I have no tears. Strange that. I mean, I cry over the slightest hurt or loss. I bawled when Mr. Hooper from Sesame Street died (now that dates me). I had to be practically sedated when ET looked up at the sky and pleaded to go home. And I cannot turn a page of The Confessions of Nat Turner without having to restrain myself from jumping off the nearest cliff. But in this instance my tear ducts are dry.

Of course at some level I always knew it would never last. That does not stop my mind swirling around with regrets and wondering what I could or should have done to keep it together. But then in a world where the only certainty is uncertainty, the very idea of keeping something so fragile and beautiful intact must itself be irrational. I still want to cry. I still have no tears.

And with every loss there is also anger – or so goes the Kübler-Ross model. Why did it have to happen to me? Did I not give enough of myself? Life is so unfair. And the way it happened too. You see the large groups of summer camp kids who visited the Barbados Museum last week played Hop Scotch on the tiles whenever the security guard was on his tea break, lunch break, newspaper break, water break or pay-your-bills break. He said by the time he saw them it was too late. And then there was the kid who pushed his baby sister’s pram over every single one of the 110 tiles. And we must not forget the men who set up the sound system for the opening night reception. I think they started the ball rolling by breaking the first two tiles of the installation. As the old Bard put it, ‘A plague a' both your houses!’

For the installation, Stroll Down Memory Lane, I had put down 110 tiles in a meandering path through the grounds of the museum. Each tile showed a photograph with added text of a dwelling that I had encountered on a walk through Bank Hall, around the Empire cricket ground, and then up through the avenues of neighbouring Strathclyde. There used to be a wall, in living memory, down the middle of Strathclyde Road dividing Bank Hall and Strathclyde. Some say the wall was made of sand blocks and had iron rods poking out at the top and bottom. Others say it was made of bricks and chains. That wall no longer exists.

I can’t lie. The installation was a bitch to make. But it was up and intact on Tuesday evening when I showed the Minister of Culture round the whole exhibition. It was pure relief that lulled me to sleep that night. By Friday morning that relief was shattered by the news it had to be removed on health and safety grounds because the broken bits of tiles were an accident waiting to happen. I was due to leave Bim on Sunday for one month. There was nothing else to do but make each of the f*^@king tiles all over again. I did not cry. I just set to work and literally did not stop until four hours before BA 2155 was due to take off.

This time I took the precaution of mounting the images on thick, marine-grade ply. It is not as beautiful as the silky, white tiles but it is fairly indestructible. This time, even if they jump up and down they cannot break my tiles. Or my heart.